Exclusive! The Last Days of Fleet Street: My Part in its Downfall Maurice Chittenden 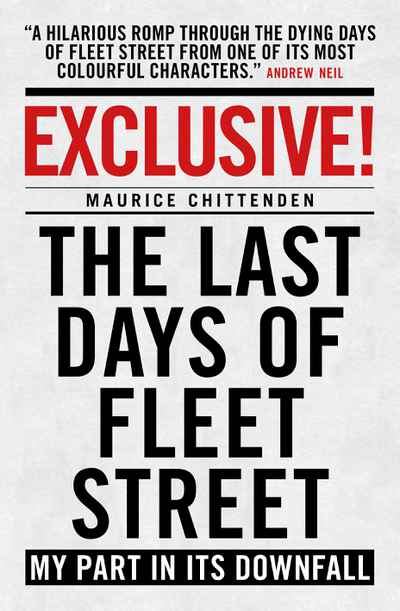 Exclusive! The Last Days of Fleet Street: My Part in its Downfall
Maurice Chittenden

A rip-roaring memoir packed with salacious anecdotes by one of Fleet Street's most infamous journalists of the past half century.

On a hot, sunny day last August, the final newspaper still working from an office on London's Fleet Street called 'stop the press' and closed its doors. Thirteen days later it was the turn of award-winning journalist Maurice Chittenden to make his excuses and leave. He was fired from The Sunday Times after a Fleet Street career lasting almost forty years, one that saw him working for a trio of legendary Murdoch editors: Andrew Neil, Kelvin Mackenzie, and Derek Jameson.

In a rip-roaring trip through his career, he tells how he was involved (accidentally, of course) in the first ever telephone bugging of a member of the Royal Family twenty years before such skulduggery was even thought possible, helped solve the murder of schoolgirl Caroline Dickinson, and was credited with bringing down a Tory government. He arrived too late to save his boss the embarrassment of the Hitler diaries, but he exposed the supposed Jack the Ripper confessions and Roswell alien autopsy film as fakes. He sparked a diplomatic incident when he was thrown into jail in Borneo over a lobster.

One of the last surviving combatants in The Battle of Wapping, in which an attack on his car led to a police cavalry charge and a bloody riot, he is the most by-lined reporter in The Sunday Times history with up to seven by-lines a week. His career mirrored the rise and fall of Fleet Street and he freely admits that his own excesses played a part in its downfall. The Fleet Street he remembers with fondness no longer exists. But its reputation as the 'Street of Shame' survives in the name of the column in Private Eye which afforded him the plaudit of 'the legendary Maurice Chittenden' in its report of his professional demise.