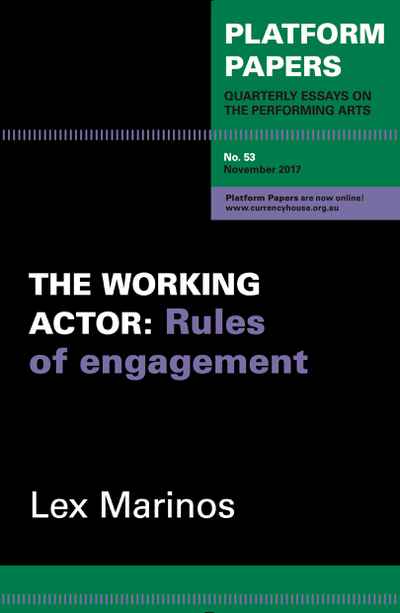 Lex Marinos was born into a family of Greek café owners and grew up in Wagga Wagga, where the acting bug found him at a time when Australian forms of theatre were just being reinvented. With his Australian voice and Greek features, he set a puzzle to casting agents; but as new forms of public entertainment emerged he built a set of freelance skills to last a lifetime: radio presenter, stage and screen actor and director, all-purpose ‘ethnic’ in TV comedy, host of multicultural celebrations. To government he became an adviser on public events and ethnic issues.

In this paper, another in the Professionals series by senior artists, Marinos reflects on how our society has transformed; and engagingly discusses how to succeed in one of the most discouraging professions in the world.