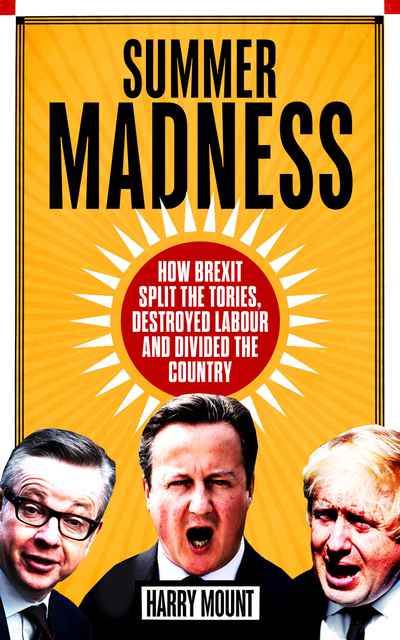 The inside story of the madness that ensued following the UK's vote to leave the European Union. This is the only book that combines close, personal knowledge of all the main combatants with a blow-by-blow account of the biggest act of political hara-kiri in British history.

Shortly after Boris Johnson was knifed in the back by Michael Gove, a close friend of Boris's said, white-faced, to Harry Mount, 'Brexit is like some horrible curse. It kills everything it touches.' In less than three weeks, from the referendum vote on 23 June to Theresa May's elevation to Prime Minister on 13 July 13, Brexit had morphed into a mass murderer. In a day-by-day account, Harry Mount gives an insider's tale of those three chilling weeks of mass blood-letting.