But the Giraffe & Brundibar Tony Kushner, illustrated by Maurice Sendak 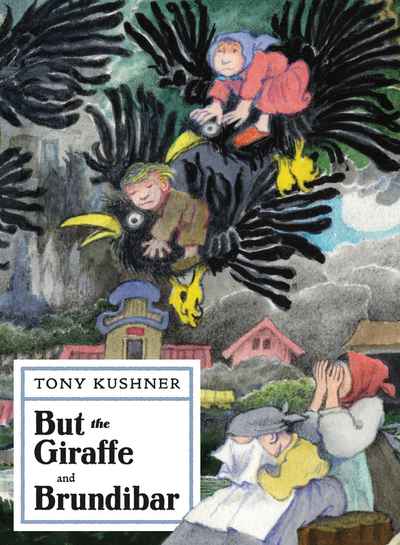 But the Giraffe & Brundibar
Tony Kushner, illustrated by Maurice Sendak

Tony Kushner provides a new English libretto, and Maurice Sendak the design, for this Czech opera—a beautiful children's story extolling courage in the face of tyranny—that was first performed in a concentration camp. Just before the opera's 1942 premiere, its composer Hans Krasa was arrested and sent to Theresienstadt, or Terezín, a "model ghetto" that was in reality a death camp. After a copy of the score was smuggled in, Krasa took advantage of the large number of talented instrumentalists there to stage the opera with imprisoned children. Performed fifty-five times at Terezín, Brundibar is published here with Kushner's short play But the Giraffe, a sensitively drawn historical backdrop.