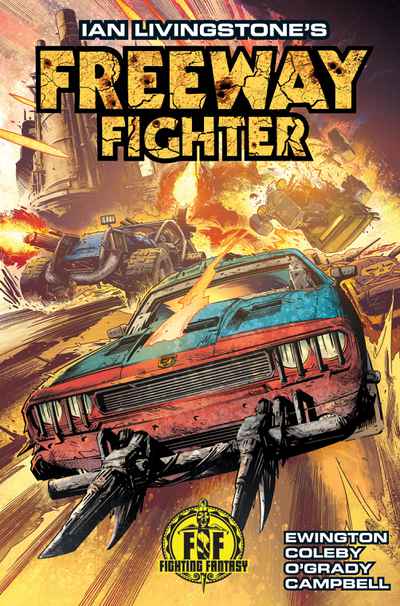 The smash-hit Fighting Fantasy gamebook comes to comics for the very first time, in a brand-new story of post-apocalyptic racing and survival against all odds!

Bella De La Rosa was heir to a great I-400 racing tradition before the virus hit, before most of humanity was wiped out, and civilization fell. Eighteen months after the collapse of society, she and her blue and red Interceptor prowl the remnants of what once was America, eking out a life among the ruins, trying to evade vicious car gangs like the Doom Dogs, and find enough gas, food, and water to survive. But is there more than this for her in the wasteland? Can hope for humanity be found with one young woman and her tooled-up survival rig of a car?

Fighting Fantasy is a series of single-player role-playing gamebooks created by Steve Jackson and Ian Livingstone.