The Unofficial BTS Bible: All of the Facts You Need on K-Pop's Biggest Sensations! Dianne Pineda-Kim 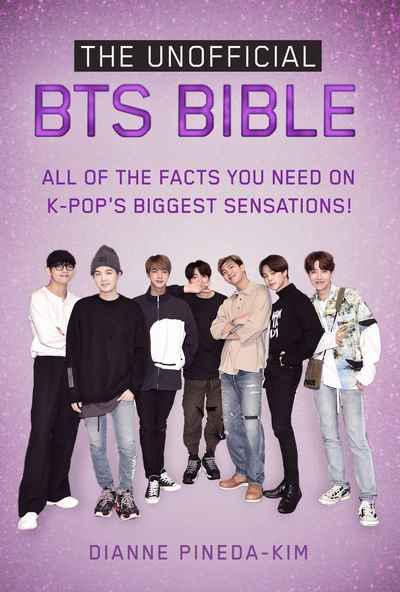 The Unofficial BTS Bible: All of the Facts You Need on K-Pop's Biggest Sensations!
Dianne Pineda-Kim

BTS (aka Bangtan Sonyeondan) has become one of K-POP's most well-known singing groups. The seven-member Korean boy band formed in 2013 and has slowly grown to worldwide fame through their music. Despite slow beginnings, the K-POP group now has millions of listeners around the world. They led the Korean Wave of music into the United States in 2017, and as of 2019, they are the only Korean group to top the US Billboard 200, and the first group since the Beatles to have three number-one albums in less than a year.

In the BTS Bible, you'll learn everything you could want to know about the sensational singing group, including:

Don't get left behind in the wake of the BTS success. Read all about the K-POP group that is changing the face of international music in The Unofficial BTS Bible.