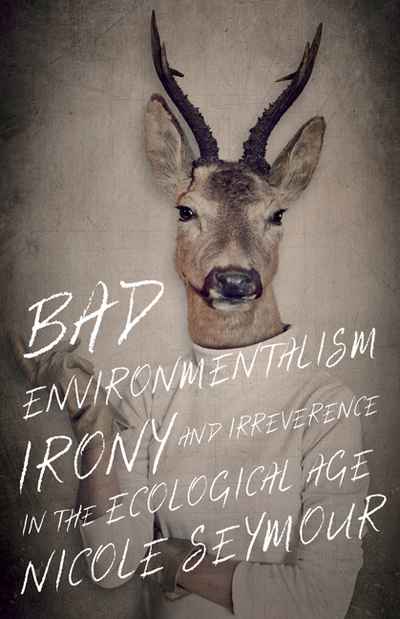 Traces a tradition of ironic and irreverent environmentalism, asking us to rethink the movement's reputation for gloom and doom.

Activists today strive to educate the public about climate change, but sociologists have found that the more we know about alarming issues, the less likely we are to act. Meanwhile, environmentalists have acquired a reputation as gloom-and-doom killjoys. Bad Environmentalism identifies contemporary texts that respond to these absurdities and ironies through absurdity and irony — as well as camp, frivolity, irreverence, perversity, and playfulness.

Nicole Seymour develops the concept of "bad environmentalism": cultural thought that employs dissident affects and sensibilities to reflect critically on our current moment and on mainstream environmental activism. From the television show Wildboyz to the short film series Green Porno, Seymour shows that this tradition of thought is widespread — spanning animation, documentary, fiction film, performance art, poetry, prose fiction, social media, and stand-up comedy since at least 1975. Seymour argues that these texts reject self-righteousness and sentimentality, undercutting public negativity toward activism and questioning basic environmentalist assumptions: that love and reverence are required for ethical relationships with the nonhuman and that knowledge is key to addressing problems like climate change.

Funny and original, Bad Environmentalism champions the practice of alternative green politics. From drag performance to Indigenous comedy, Seymour expands our understanding of how environmental art and activism can be pleasurable, even in a time of undeniable crisis.