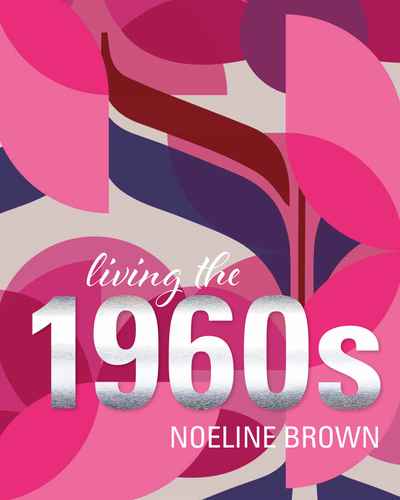 The sixties was a decade of safari suits, shift dresses, capri pants, and droopy moustaches. Of multi-purpose French onion soup, junket, tripe, and Bloody Marys. Of success on the world's sporting stage and social and political stirrings at home, as Baby Boomers and their parents began to see the world differently.

Award-winning and much loved actor Noeline Brown cut a groovy figure in the sixties. She confesses to us early on in Living the 1960s that she: was a bit of a snob … I preferred to listen to jazz and performance poetry, to appreciate the lyrics of Bob Dylan and to watch foreign films. I wore a lot of black and dramatic eye makeup, and frequented windowless coffee lounges where people smoked heavily and played chess. When she caught sight of The Rolling Stones in Sydney's Hilton cocktail bar one night during their 1965 tour to Australia, she coolly noted their drink of choice, bartender Eddie Tirado's newly introduced Bourbon and Coke, before returning to sip her classic Martini, 'hoping to look cosmopolitan and sophisticated'.

Containing more than 160 images, and combining entertaining social history, fact boxes, and lively anecdotes, Living the 1960s paints a picture of a decade that didn't just swing; it twisted, stomped, and screamed. For Noeline, as for a generation of Australians, it was the most important decade of her life.