God is Round
Juan Villoro, translated by Thomas Bunstead 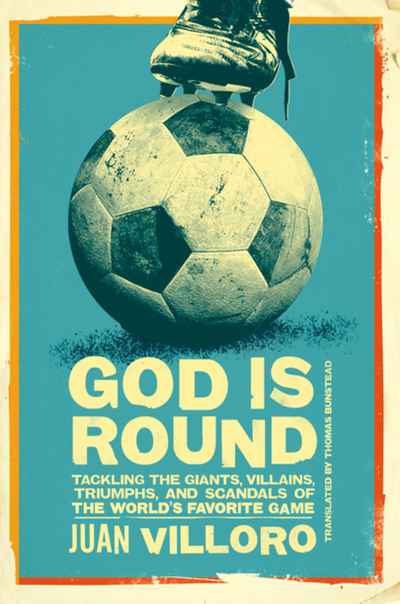 On a planet where FIFA has more members than the United Nations and the World Cup is watched by more than three billion people, football is more than just a game. As revered author Juan Villoro argues in this passionate and compulsively readable tribute to the world’s favorite sport, football may be the most effective catalyst for panglobal unity at the time when we need it most. (Following global consensus, Villoro uses “football” rather than “soccer” in the book.)

What was the greatest goal of all time? Why do the Hungarians have a more philosophical sense of defeat than the Mexicans? Do the dead play football? In essays ranging from incisive and irreverent portraits of Maradona, Messi, Ronaldo, Pelé, Zidane, and many more giants of the game to entertaining explorations of left-footedness and the number 10, Juan Villoro dissects the pleasure and pain of football fandom. God Is Round is a book for both fanatics and neophytes who long to feel the delirium of the faithful.