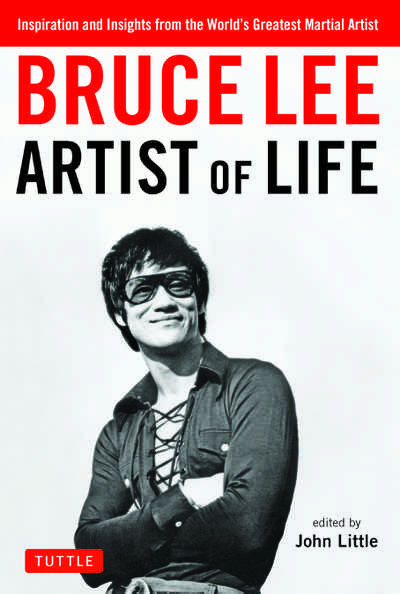 Named one of TIME magazine's 100 Greatest Men of the Century, Bruce Lee's impact and influence has only grown since his untimely death in 1973. Part of the seven-volume Bruce Lee Library, this installment of the famed martial artist's private notebooks allows his legions of fans to learn more about the man whose groundbreaking action films sparked a worldwide interest in the Asian martial arts.

Bruce Lee Artist of Life explores the development of Lee's thoughts about Gung Fu (Kung Fu), philosophy, psychology, poetry, Jeet Kune Do, acting, and self-knowledge. Edited by John Little, a leading authority on Lee's life and work, the book includes a selection of letters that eloquently demonstrate how Lee incorporated his thought into actions and advice to others. Although Lee rose to stardom through his physical prowess and practice of jeet kune do; the system of fighting he founded; Lee was also a voracious and engaged reader who wrote extensively, synthesizing Eastern and Western thought into a unique personal philosophy of self-discovery. Martial arts practitioners and fans alike eagerly anticipate each new volume of the Library and its trove of rare letters, essays, and poems for the light it sheds on this legendary figure.