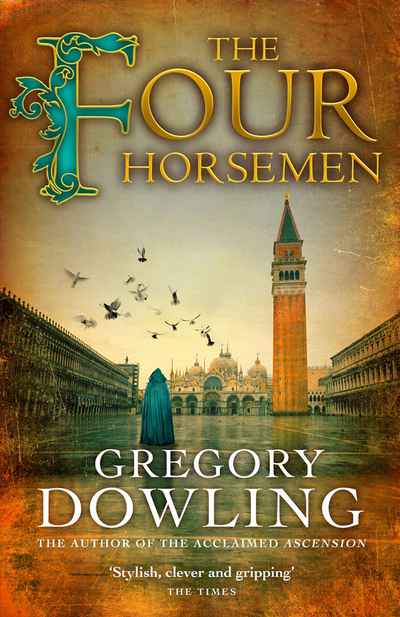 After reluctant spy Alvise Marangon is arrested in a tavern brawl, he is summoned to meet the Missier Grande, head of the city's powerful secret service. Rather than being expelled from the city, he is coerced into a top-secret investigation of the mysterious death of one of the service's agents and the existence of a mysterious secret society. Formed by four rakish noblemen, it is known as the Four Horsemen and dates back to the Ottoman Empire. As Alvise delves into the case, he finds all the hallmarks of assassination and corruption, and is soon profoundly out of his depth and on the run.