The Pill That Steals Lives: One Woman's Terrifying Journey to Discover the Truth About Antidepressants Katinka Blackford Newman 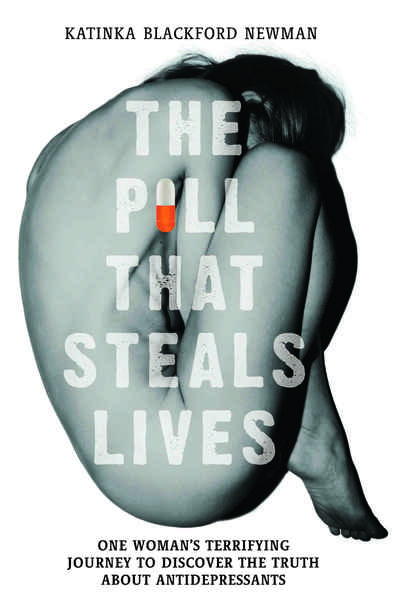 The Pill That Steals Lives: One Woman's Terrifying Journey to Discover the Truth About Antidepressants
Katinka Blackford Newman

When Katinka Blackford Newman was prescribed a common anti-depressant drug by her doctor, she could never have predicted the almost fatal consequences it would have.

Shortly after she began taking the drug, Katinka started suffering psychotic episodes and hallucinations. Her physical and mental decline continued as she ballooned in weight and became, in her words, an “emotionless zombie”. It was only after Katinka nearly took her own life that she was taken off the drugs. Three weeks later, she had made a complete recovery.

Featuring interviews with sufferers, psychiatrists, and experts of some of the world’s most notorious killings, from the Aurora cinema shooting to the Germanwings crash, this is a compelling and rigorously researched investigation into the effects of anti-depressants and the actions of the pharmaceutical companies who make billions from them.

With around one million people taking anti-depressants in Australia alone, this is an extraordinary relevant book which has the power to gain worldwide attention.

Katinka Blackford Newman is a journalist and Emmy-nominated documentary maker. This is her first book.