An Unpromised Land: The plan for a refugee haven in Australia’s northwest Leon Gettler 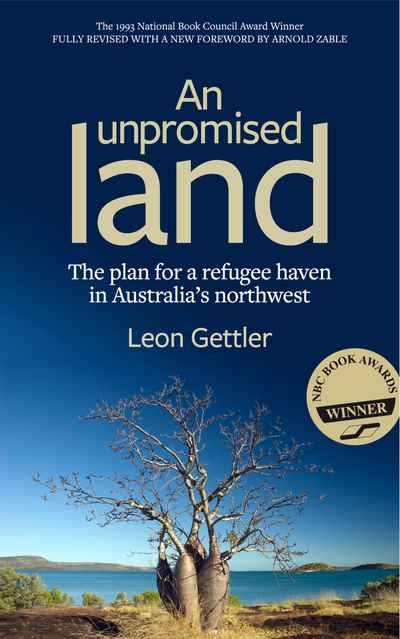 An Unpromised Land: The plan for a refugee haven in Australia’s northwest
Leon Gettler

Late one afternoon in June 1939, VI Lenin’s former comrade and Justice Minister, Dr Isaac Nachman Steinberg, gazed at the alien landscape of the Kimberley region of Western Australia stretching out before him. A ridge of jagged and flattened hills of ancient sandstone, formed hundreds of millions of years ago, glowed purple as the sun went down. The pandanus palms stood limp and motionless in the evening’s warm stillness, and for that moment the whole world seemed utterly deserted.

The silence and fading light of the Australian bush seemed a million miles away from the gangs of Nazi storm troopers marching through the streets of German cities, singing of knives spilling Jewish blood, and from the pavements littered with shattered glass of Jewish homes , stores and synagogues.

Dr Steinberg’s reverie was interrupted by the raucous din of cockatoos. Turning to the noise, he glimpsed a kangaroo bounding through the tall grass and disappearing into an ocean of savannah.

Slowly, the ex-revolutionary crouched and picked up a clump of brown soil. He crumbled it between his fingers. It felt like the chernoziom, the rich black earth so prized by the Russian peasants he had known many years before. He turned to his guides standing by the car on the rough bush track and smiled. At last, he had arrived. This timeless territory was the place for a homeland.