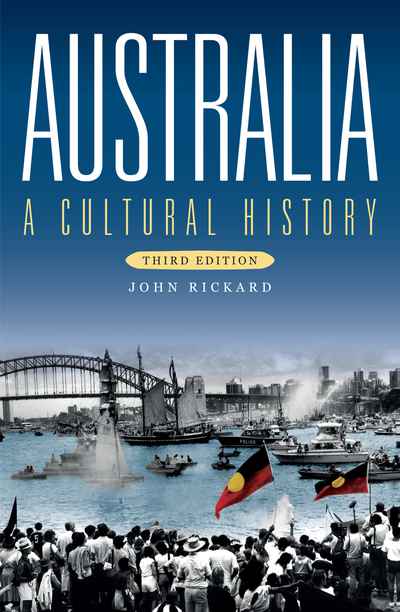 'A perceptive, balanced, wide-ranging interpretation of the evolution of modern Australia which is both erudite and well-written' — Duncan Bythell

John Rickard's Australia: A Cultural History, first published in 1988, is still the only short history of Australia from a cultural perspective. It has also acquired a reputation as an introduction to the development of Australian society and was listed by the historian and public intellectual John Hirst in his 'First XI: The best Australian history books'.

Although arranged chronologically, this book is not a chronicle, still less a laborious detailing of governors and governments: rather, it focuses on the transmission of values, beliefs, and customs amongst the diverse mix of peoples who are today's Australians. The story begins with sixty thousand years of Aboriginal presence and their continuing material and spiritual relationship with the land, and takes the reader through the turbulent years of British colonisation and the emergence, through prosperity, war, and depression, of the cultural accommodations which have been distinctively Australian. This third edition concludes with a critical review of the challenges facing contemporary Australia and warns readers that 'we may get the future we deserve'.