Whitewash: The Story of a Weed Killer, Cancer, and the Corruption of Science Carey Gillam 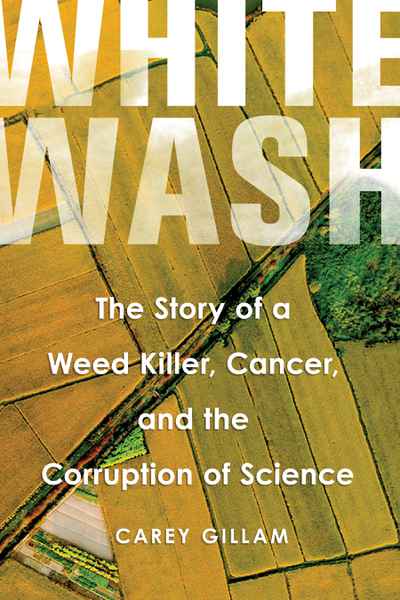 Whitewash: The Story of a Weed Killer, Cancer, and the Corruption of Science
Carey Gillam

It’s the pesticide on our dinner plates, a chemical so pervasive it’s in the air we breathe, our water, our soil, and even found increasingly in our own bodies. Known as Monsanto’s Roundup by consumers, and as glyphosate by scientists, the world’s most popular weed killer is used everywhere from backyard gardens to golf courses to millions of acres of farmland. For decades it’s been touted as safe enough to drink, but a growing body of evidence indicates just the opposite, with research tying the chemical to cancers and a host of other health threats.

In Whitewash, veteran journalist Carey Gillam uncovers one of the most controversial stories in the history of food and agriculture, exposing new evidence of corporate influence. Gillam introduces readers to farm families devastated by cancers which they believe are caused by the chemical, and to scientists whose reputations have been smeared for publishing research that contradicted business interests. Readers learn about the arm-twisting of regulators who signed off on the chemical, echoing company assurances of safety even as they permitted higher residues of the pesticide in food and skipped compliance tests. And, in startling detail, Gillam reveals secret industry communications that pull back the curtain on corporate efforts to manipulate public perception.

“Whitewash reads like a mystery novel, as Gillam skilfully uncovers Monsanto’s secretive strategies to convince countries around the world that its Roundup products are safe. The book unravels a tapestry of pesticide industry tricks to manipulate the scientific truths about their products while placing profits above human health and the environment. As someone who has experienced similar actions by corporations firsthand in my work far too often, I am hopeful that Carey’s book will be a wake-up call for more transparency about the dangers surrounding many chemicals in the marketplace." ~ Erin Brockovich

“Journalist Gillam exposes a plethora of scientific research, legal materials, and documentary evidence recovered from corporate and government resources to paint a damning picture of the peddling of glyphosate by Monsanto and other agribusinesses…Gillam expertly covers a contentious front where corporate malfeasance intersects with issues of public health and ecology” ~ Publishers Weekly