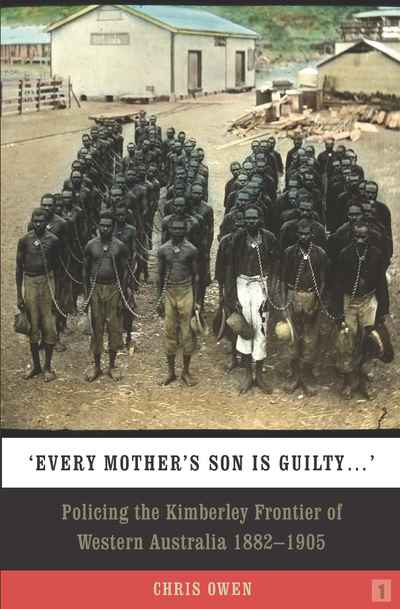 In Every Mother's Son is Guilty, Chris Owen provides a compelling account of policing in the Kimberley district from 1882, when police were established in the district, until 1905 when Dr. Walter Roth's controversial Royal Commission into the treatment of Aboriginal people was released.

Owen's achievement is to take elements of all the pre-existing historiography and test them against a rigorous archival investigation. In doing so a fuller understanding of the complex social, economic and political changes occurring in Western Australia during the period are exposed. The policing of Aboriginal people changed from one of protection under law to one of punishment and control. The subsequent violence of colonial settlement and the associated policing and criminal justice system that developed, often of questionable legality, was what Royal Commissioner Roth termed a 'brutal and outrageous state of affairs'.

Every Mother's Son is Guilty is a significant contribution to Australian and colonial criminal justice history.