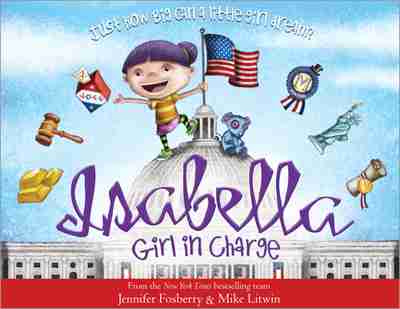 Plucky, purple-haired Isabella, star of the New York Times bestselling picture book series, is back for another adventure!

Just how high can a little girl dream? A big event has Isabella ready to leave home at the crack of dawn. But that's a motion her parents are not likely to pass. After a two-to-one vote, it's decided that some things need to happen before Isabella can leave the house-like eating breakfast and brushing her teeth! If her house is going to work like a democracy, Isabella knows what she has to do; call an assembly and campaign her way out the door! Taking inspiration from the women who trail blazed their way onto the political map, Isabella celebrates the women who were first to hold their offices. And if Isabella can get her parents out the door, she might just witness the first woman voted into the highest position of all...