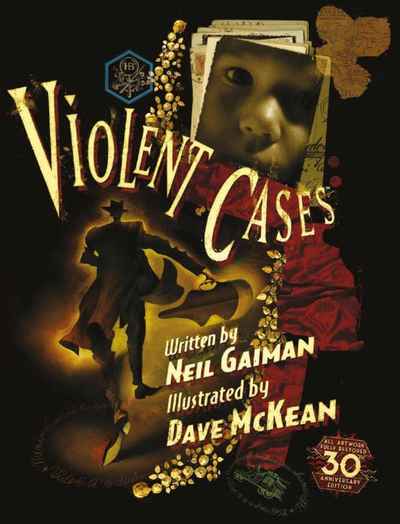 Before The Sandman, there was Violent Cases, the first teaming of multi award-winning writer Neil Gaiman and innovative artist Dave McKean.

Now, to celebrate the 30th anniversary of this seminal work, Violent Cases is being re-issued in a hardcover edition of one of the most influential and ground-breaking graphic novels of all time.

A sensitive and ingenious work, Violent Cases reveals the often-murky nexus between memory and imagination through the narrator's cloudy childhood remembrance of a visit to Al Capone's osteopath — and the impact of his seedy stories on an impressionable youth.