The Road to Ithaca Ben Pastor 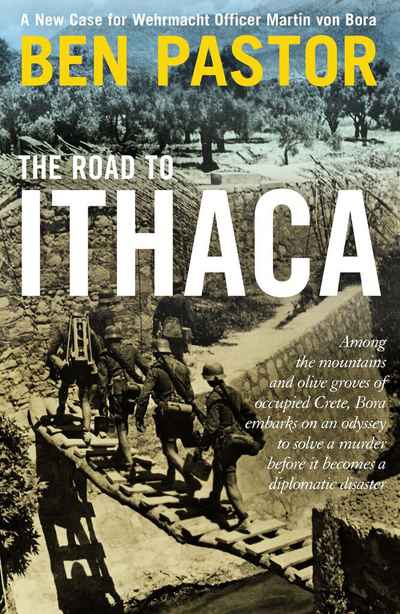 The Road to Ithaca
Ben Pastor

In May 1941, Wehrmacht officer Bora is sent to Crete, recently occupied by the German army, and must investigate the brutal murder of a Red Cross representative befriended by SS-Chief Himmler. All the clues lead to a platoon of trigger-happy German paratroopers but the truth may be more complex. Bora takes to the mountains of Crete to solve the case, navigating his way between local bandits and foreign resistance fighters. Carrying Joyce's Ulysses in his pocket, Bora starts a perilous odyssey of his own, complicated by the presence of his female travel companion, a Texas-born archaeologist with a proverbial curl on her forehead.