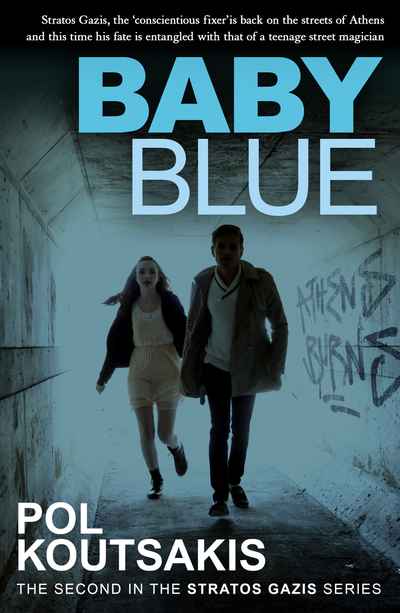 The second in the Stratos Gazis series

Stratos is a walking contradiction: a hit man with a conscience, in this case charged with finding and killing the murderer of the adoptive father of Emma, a beautiful teenage magician who until recently was performing in the streets of Athens. The city, reeling from the economic crisis, provides the perfect backdrop to this dark thriller.

'The streets of Athens prove as mean as those of Raymond Chandler's L.A. in Koutsakis's brilliant second noir featuring Stratos Gazis (after 2017'sAthenian Blues) … While the plotting matches James Ellroy's best work, Koutsakis does a better job of making the twists flow organically from the characters.' — Publishers Weekly

'You know that 'second book problem'?  Well, the second in the Athens-based Stratos Gazis crime series defies the rule; it's better than the first.' — Russell James from ShotsMag