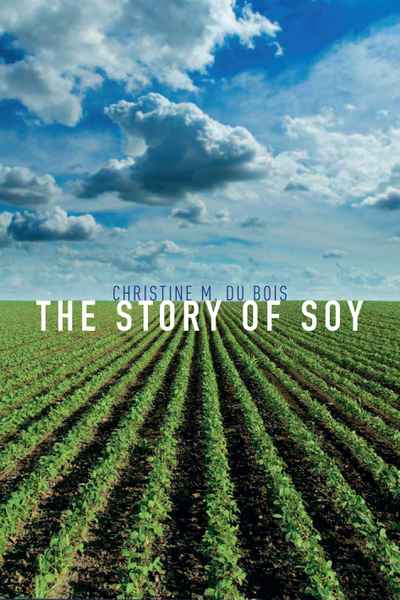 The humble soybean is the world's most grown and most traded oilseed. But it is also a poorly understood crop that is often viewed in extreme terms as a superfood or poison. Christine M. Du Bois reveals its hugely significant role in human history, as she traces the story of soy from its domestication in ancient Asia to the promise and perils it offers in the twenty-first century. This illuminating book travels across the globe and includes a vast cast of fascinating figures who applaud, experiment with or despise soy, from Neolithic villagers, Buddhist missionaries, European colonialists, Japanese soldiers and Nazi strategists, to George Washington Carver, Henry Ford, Monsanto, Greenpeace, landless peasants, petroleum refiners and countless others.

The story covers the impact of soy on international conflicts, its role in large-scale meat production and disaster relief, its troubling ecological impacts and the nutritional controversies swirling around soy today. It describes its genetic modification, the scandals and pirates involved in the international trade in soybeans and the use of soy as an intriguing renewable fuel. Featuring compelling historical and contemporary photographs, The Story of Soy reveals the importance of soy throughout history, and why it should never be underestimated.