Pistols and Petticoats: 175 Years of Lady Detectives in Fact and Fiction Erika Janik 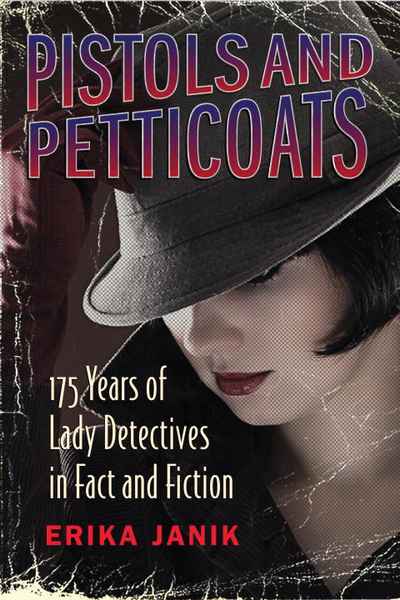 Pistols and Petticoats: 175 Years of Lady Detectives in Fact and Fiction
Erika Janik

Police work from its very beginning was considered a male domain, far too dangerous and rough for a woman to even contemplate much less take on as a profession. Women who donned the badge faced harassment and discrimination. It would take more than 70 years for women to enter the force as full-fledged officers. Yet within the covers of popular fiction, women not only wrote mysteries but also created female characters that handily solved crimes. Smart, independent, and courageous, these 19th and early 20th century female sleuths set the stage for Agatha Christie's Miss Marple, Sara Paretsky's V.I. Warshowski, Patricia Cornwell's Kay Scarpetti, and Sue Grafton's Kinsey Millhone, as well as television detectives such as Prime Suspect's Jane Tennison and Law and Order's Olivia Benson.

Pistols and Petticoats tells the story of women's very early place in crime fiction and their public crusade to transform policing. Investigating women whether real or fictional were nearly always at odds with society. Most women refused to let that stop them, paving the way to a modern professional life for women on the force and in popular culture.