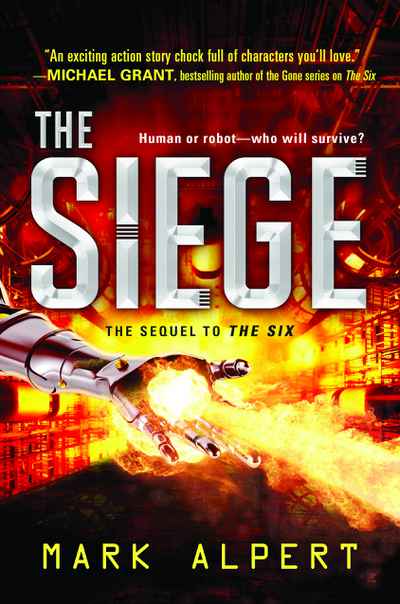 Sigma is after more than world domination in the thrilling sequel to The Six—now in paperback!
Adam and the other members of the Pioneer Project are still recovering from their last encounter with Sigma, an artificial intelligence program that's gone rogue, as well as the loss of one of their own.
Sigma is determined to understand the human attributes that make the Six excel. Because the AI doesn't just want world domination. It wants to destroy Adam—and after that, all of humanity. And Sigma's going after the ultimate conquest: corrupting the Six from the inside.

"Adam is an unusual hero - and he faces a frightening question: Computers can't kill - CAN they? I'm still shaken by the answer. Will the near-future really be this terrifying?" - R.L. Stine, bestselling author of Fear Street for The Six