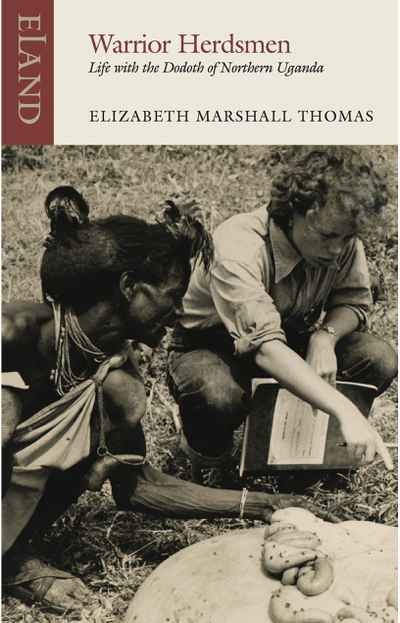 This is the personal journal of a young American woman, living for six months amongst the Dodoth cattle-herdsmen in Northern Uganda. It is also an adventure story, for during this period the Dodoth were caught up in an escalating cycle of violence with their age-old rivals, the Turkana tribe. The animating tension of this feud was the tradition of cattle raiding, but it escalated to unprecedented levels of violence when the new nation states of Uganda and Kenya were drawn in to police these ancient clan frontiers.

Elizabeth Marshall Thomas's total immersion in the life of this tribe in 1961 takes us with her, as with clarity and a lyrical eye for detail she brings their whole culture alive. For though she was not an academic herself, she had spent much time in the field with her mother, who was the world's leading authority on the Bushman of the Kalahari. So it was natural for Elizabeth Marshall Thomas to take her own young children on this adventure, where she proves herself such a brave, humane, and unshockable witness to the life of the warrior herdsmen.

'Unforgettable… lingers in my mind like a dreamlike sense. She has an extraordinary ability, far beyond mere description, to evoke the atmosphere of this strange world.' Rachel Carson

'Blessed with a mind as tranquil as her nature is alert — who manages to be serene about adventure, simple about beauty, and direct about human experience.' The Queen