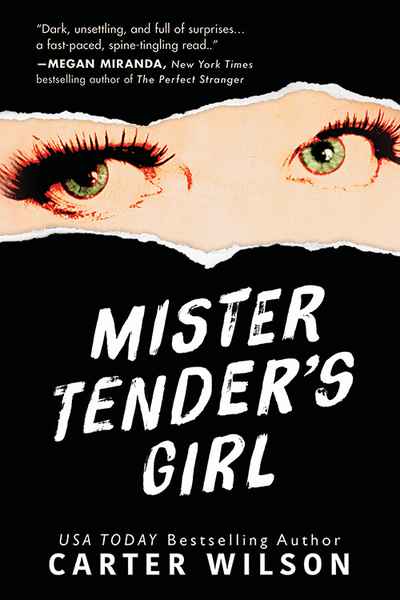 A woman's nightmarish past comes back to stalk her in this bone-chilling psychological thriller inspired by the Slender Man stabbing.

As a fourteen-year-old girl in London, Alice survived a horrific stabbing attack by two classmates obsessed with Mister Tender, a graphic novel character created by Alice's own father. Now, a decade later and an ocean away, Alice is trying to focus on the present—but the past won't leave her alone.

Someone knows far more than they should—not just about the night she's tried so hard to forget, but also deeply private details about Alice's life. Suddenly, the sinister Mister Tender is leaping off the page and into the real world, and he has his sights set on Alice. In the vein of Alex Marwood's The Wicked Girls, Mister Tender's Girl is a harrowing psychological thriller about obsession, memory, survival—and how one appalling act can change the course of so many lives.

"This elegantly written, masterful thriller, by turns meditative and shocking, lyrical and violent, will keep you glued to the pages from start to finish." —A.J. Banner, USA Today bestselling author of The Good Neighbor and The Twilight Wife

This praise comes in addition to:

"Chapter by chapter, Carter Wilson's Mister Tender's Girl compels the reader forward: another question, another mystery, another fear to be dispelled or realized. Start reading this thriller and you won't stop until the end. That's how compelling, whether endearing or nefarious, the main characters are. And that's how talented a writer Carter Wilson is." —Randall Silvis, author of Two Days Gone

"Not since Gone Girl's "Amazing Amy" has a character from a make believe children's book been so richly imagined and realized, and led to such a twisting, seductive tale. Mister Tender's Girl forces Alice Hill out of her lonely, isolated world to confront the inner demons that arose after she became the victim of a violent attack. As Alice delves into the events surrounding the crime, she finds that the fictional Mister Tender may have been a very different man from what the world believed. Carter Wilson's latest novel will have readers checking outside their windows for monsters—and, like Alice, also looking for those that lurk inside themselves." —Jenny Milchman, USA Today bestselling author of Cover of Snow, Ruin Falls, and As Night Falls

Read A Conversation with the Author here

The Reading Group Guide is here