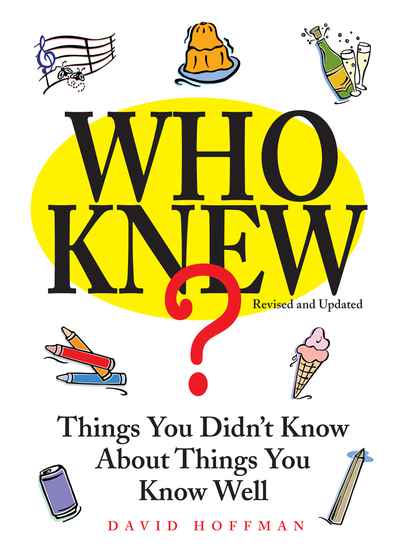 Who Knew? collects tidbits and trivia about well-known personalities and products that we are all familiar with - or at least think we are familiar with. From food and film to fashion and famous landmarks, these offbeat informational nuggets are guaranteed to entertain and enthrall.

- Wedding cake was originally thrown at the bride and groom, instead of eaten by them.

- The elastic strap with a clasp – created as a way to fasten any snug garment, but most commonly found on a bra – was invented by Mark Twain.

- On average, we forget 80 percent of what we learn on any given day.

These and other eye-opening revelations await the reader of Who Knew? Part pop culture, part pop quiz, this quirky compilation of little-known facts and figures will amaze and amuse readers of all ages.