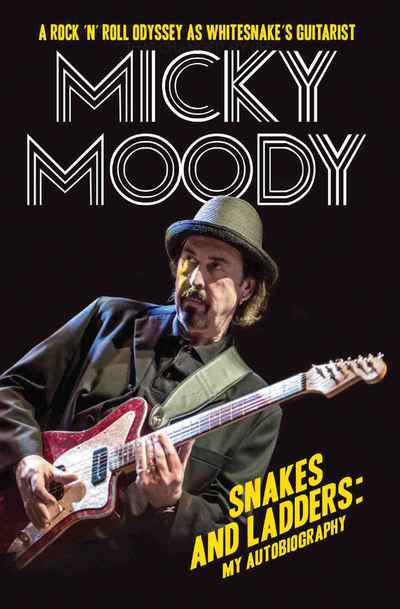 As a guitarist for Whitesnake and Juicy Lucy during the 1970s and 1980s, Micky Moody went on a true rock ‘n’ roll odyssey

After Moody’s musical induction playing in bands around Middlesborough (including one which featured Paul Rodgers of Free and Bad Company), a turn in blues-rock band Juicy Lucy followed. While there were appearances on The Old Grey Whistle Test and John Peel’s show, major success still eluded him. Therefore, when the opportunity to join Whitesnake, led by former Deep Purple vocalist David Coverdale arrived, he took it with both hands. Whitesnake released their debut album in 1978, and three more LPs followed in rapid succession. Two of their early hit singles, ‘Ready An’ Willing’ and ‘Fool For Your Loving’ were co-written by Moody himself. However, following increasing band tensions, he left the band in 1983. Moody describes the experience as a ‘rock and roll apprenticeship’, and his recollections of life on the road are vivid, compelling and often hilarious.

This is a must-read for any fan of classic rock and a wonderfully original music memoir.