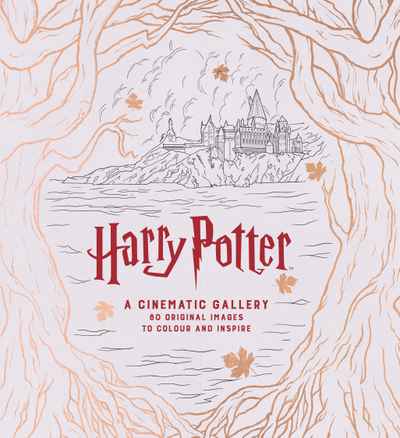 Unleash your creativity and explore the magic of the Harry Potter films. Escape to one of the most beloved series of all time! This large-format collectible book takes fans on a film-by-film journey through the wizarding world with exclusive pen-and-ink illustrations of treasured scenes. Bursting with over eighty striking, all-new colorable images from all eight movies—from Harry's first-ever Quidditch match in Harry Potter and the Sorcerer's Stone to the battle of Hogwarts in Harry Potter and the Deathly Hallows - Part 2. The book also includes several gatefolds, and a lavish cover embossed with gold.