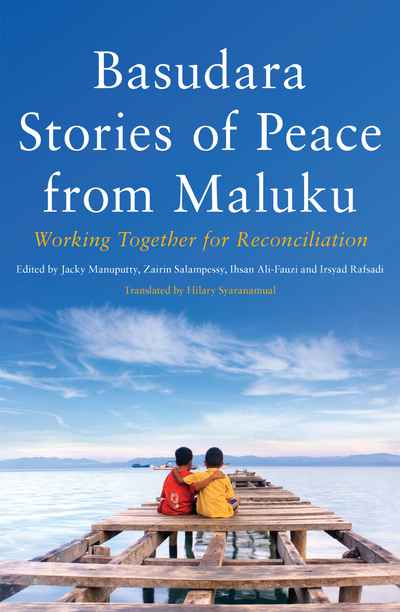 In 1999, in the midst of the conflict that caused great suffering, when many people were trapped and 'forced' to be directly or indirectly involved in the raging violence, not a few Moluccans in their own different ways stood their distance and maintained a critical attitude to the conflict. At the same time, they started to fight for peace. The Basudara's Stories of Peace in Maluku is filled with their stories. In addition to being a sign of respect for their actions, this documentation aims to record each of these experiences and personal testimonies, so they do not just evaporate into thin air. Their testimonies also contain very valuable lessons not just for the people of Maluku, but for the whole of humankind, in the present and in the future.

It is time that good stories, containing voices for peace (not violent conflict), can be heard more from Maluku. If we really want to see peace, why don't we start to read and write more often about it or talk about it?

This book is important reading for the people of Maluku, or other Indonesians who have experienced violent conflict, but also for others who want to avoid the same sort of violent conflict. Policy makers, religious leaders and civilians need to read The Basudara's Stories of Peace in Maluku -  they will draw many lessons from these stories.