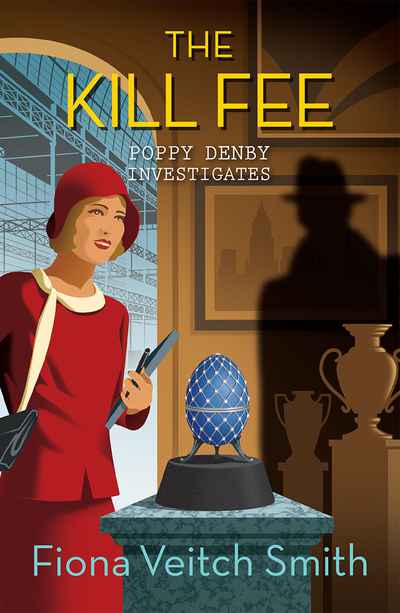 
Full size image
A Fabergé Egg is stolen and a trail of dead bodies follow – Poppy Denby must unearth the secrets that it contains.
Poppy Denby, Arts and Entertainment Editor at The Daily Globe, covers an exhibition of Russian Art, hosted by White Russian refugees, including members of the surviving exiled Romanov Royal family. There is an armed robbery, a guard is shot, and the largest Fabergé Egg in the collection is stolen. The egg itself is valuable, but more so are the secrets it contains within – secrets that could threaten major political powers. Suspects are aplenty, including the former keeper of the Fabergé Egg, a Russian Princess called Selena Romanova Yusopova. The interim Bolshevik Russian ambassador, Vasili Safin inserts himself into the investigation, as he believes the egg – and the other treasures – should all be restored to the Russian people. Poppy, her editor Rollo, press photographer Daniel, and the other staff of the Globe are delighted to be once again in the middle of a sensational story. But, soon the investigation takes a dark turn when another body is found and an employee of the newspaper becomes a suspect… The race is on to find both the key and the egg – can they be found before the killer strikes again?
page 1 of 2