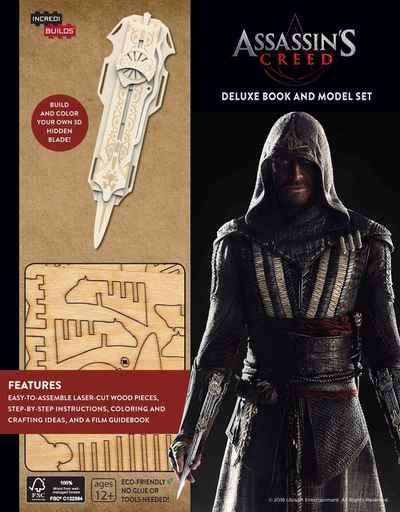 This deluxe book comes with everything needed to build a 3D wood model based on the Assassin's Creed franchise. A saga that spans millennia, Assassin's Creed tells the story of the eternal struggle between the Assassins and Templar. IncrediBuilds: Assassin's Creed offers behind-the-scenes details on the creation of the hit film, with concept art, unit photography, and insider details on the visual design of Abstergo and 15th century Spain. This deluxe kit also includes a 3D wood model that fans can build and customize. Fun and interactive, this exciting model set is the perfect gift for fans everywhere.