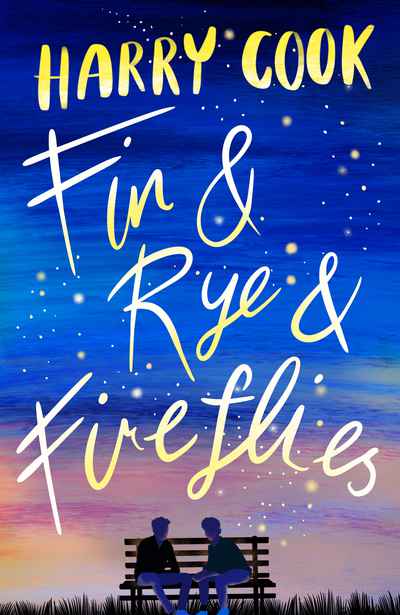 A gloriously upbeat LGBTQI+ novel of love, hope and friendship — showing that although it's not always rainbows and fireflies, life's too short to be anyone but yourself…

It started with a kiss…as love stories often do. Jesse Andrews had the arms of a Greek god and he was on the track team. The night of our kiss fell on a Friday.

Then, only a few days later, Fin's world is turned upside down — and not in a good head-over-heels-in-love way — when Jesse cruelly outs him. An event which ultimately leads to his family leaving town.

But a fresh start isn't going to change the truth of who Fin is. And it's not going to stop his sexuality causing everyone all sorts of problems. Everyone, that is, apart from his new best friend Poppy, her girlfriend-in-waiting June, and his latest crush Rye…So, while Fin and Rye are enjoying some seriously intimate moonlit moments together, Fin's parents decide to pack him off to the local ReSouled 'therapy camp'.

It's a nightmare — and there's no easy way out. Can Fin's squad hatch a plan outrageous enough to spring him before the 'conversion' acolytes force him onto the straight and narrow?

'The LGBT experience isn't always as fluffy, carefree and smooth as we would want it to be. Harry's story of fighting his demons is one we need to hear.' —  Matthew Todd, bestselling author of Straight Jacket on Pink Ink

'The timely story of Finn and Rye tackles some difficult but truly important themes for young readers. This tale will be an important addition to any young adult's library. Cook's heart to give young people a book that doesn't shy away from the issues that affect them clearly comes through in this unique and heartfelt book. This is a novel which, whilst fictional, also tackles timely and relevant social issues. A love story that I wish I could have read as a kid.' — Chris Csabs, co-founder of SOGICE Survivors

'Fin & Rye & Fireflies is a big-hearted queer romance that balances a beautiful optimism with a frank look at the challenges still facing queer youth. I was swept up in the love story and adventures of Fin and Rye, and I know they will be bringing smiles and fireflies to many a reader.' — Abdi Nazemian, author of Stonewall Honor Book Like a Love Story