Duskfall: Book One of the Chaos Queen Quintet Christopher Husberg 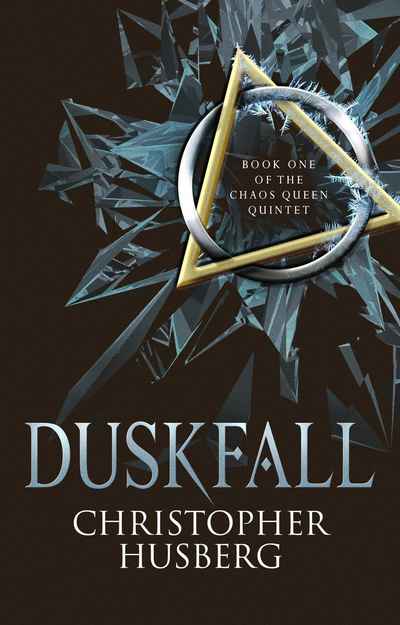 Duskfall: Book One of the Chaos Queen Quintet
Christopher Husberg

Stuck with arrows and close to death, a man is pulled from the icy waters of the Gulf of Nahl. As he is nursed back to health by a local fisherman, two things become very clear: he has no idea who he is, and he can kill a man with terrifying ease.

The fisherman is a tiellan, a race which has long been oppressed and grown wary of humans. His daughter, Winter, is a seemingly quiet young woman, but behind her placid mask she has her demons. She is addicted to frostfire — a substance that both threatens to destroy her and simultaneously gives her phenomenal power.

A young priestess, Cinzia, hears the troubling news of an uprising in her native city of Navone. Absconding from the cloistered life that she has kept for the last seven years, she knows she must make the long journey home. The flames of rebellion threatening her church and all that she believes in are bad enough, but far worse is the knowledge that the heretic who sparked the fire is her own sister.

These three characters may have set out on different paths, but fate will bring them together on one thrilling and perilous adventure. Their fates and those of others will intertwine, in a land where magic and daemons are believed dead, but dark forces still vie for power.