The Drowned and the Saved: When War Came to the Hebrides Les Wilson, foreword by Lord George Robertson 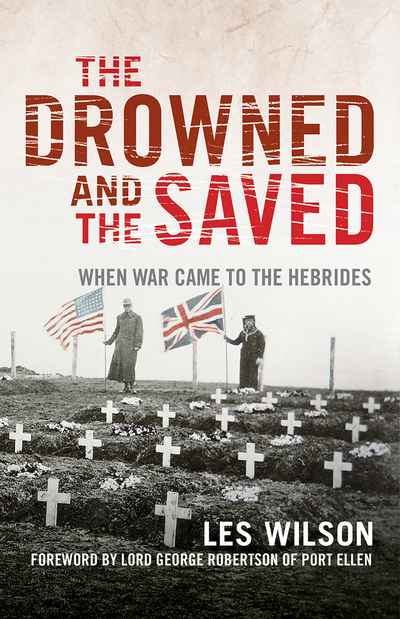 The Drowned and the Saved: When War Came to the Hebrides
Les Wilson, foreword by Lord George Robertson

Next morning at about 6 o'clock my mother wakened us to say there had been a shipwreck and bodies were being washed ashore. My father had gone with others to look for survivors ... I don't think any survivors came in at Port Ellen, but bodies did.

The loss of two British ships crammed with American soldiers bound for the trenches of the First World War brought the devastation of war directly to the shores of the Scottish island of Islay.

The sinking of the troopship Tuscania by a German U-Boat on 5 February 1918 was the first major loss of US troops in in the war. Eight months after the people of Islay had buried more than 200 Tuscania dead, the armed merchant cruiser Otranto collided with another troopship during a terrible storm. Despite a valiant rescue attempt by HMS Mounsay, the Otranto drifted towards Islay and hit a reef, throwing 600 men into the water. Just 19 survived; the rest were drowned or crushed by the wreckage.

Based on the harrowing personal recollection of survivors and rescuers, newspaper reports, and original research, Les Wilson tells the story of these terrible events, painting a vivid picture which also pays tribute to the astonishing bravery of the islanders, who risked their lives pulling men from the sea, caring for survivors, and burying the dead.