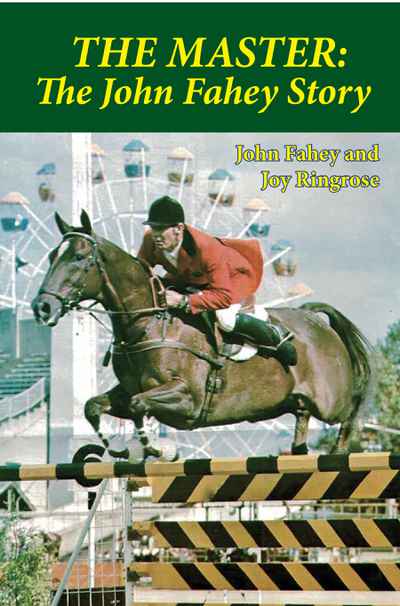 This is the story of John Fahey, well known throughout Australia as The Master, an acknowledgement of his consummate horsemanship. Champion Gentleman Rider in all of Australia's biggest Royal Shows, he is not only an Olympian show jumper but also world champion at Camp Drafting. In addition, he excelled at racing, where he won races and trained winners in metropolitan racing.

He has competed successfully in England, Ireland, Australia, New Zealand and the US.  As comfortable at a rural show Camp Drafting as at Hickstead, home of the Royal International Horse Show UK , he is known and admired by the equestrian world. He now travels Australia, from show to show, working as a judge for show jumping. He is also an ambassador for Pryde's Feeds.

From his first winning ride at three years old, he has lived and breathed horses. His story is one of a man whose passion for horses has taken him round the world. John's ideas on competing and horsemanship weave into his story to educate the reading in riding, training and maintenance of performance horses.

This is an amazing story of an exceptional horseman, a story so well told that it leaps alive from every page. John Fahey is the quintessence of Aussie horsemanship, the kind they don't make any more… alas.  The Horse Magazine