You've Got Red on You: How Shaun of the Dead Was Brought to Life
Clark Collis 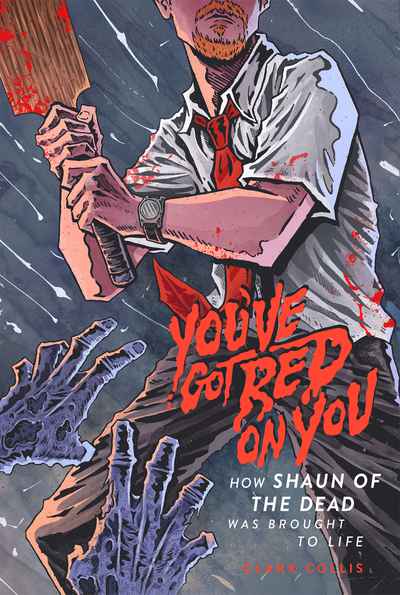 How did a low-budget British movie about Londoners battling zombies in a pub become a beloved global pop culture phenomenon?

You’ve Got Red on You, the horror-comedy whose fan base continues to grow and grow. The book reveals how a group of friends overcame repeated setbacks to make a movie which was not only a hit in the UK, but took a big bite out of the American box office before ascending to the status of a bona fide comedy classic.

You’ve Got Red on You also features quotes from many of the people who played zombies in the movie as well as celebrity super-fans such as Pulp Fiction director Quentin Tarantino, actress Gillian Anderson, and special make-up effects legend Greg Nicotero.

To quote Simon Pegg’s titular, zombie-fighting hero, “How’s that for a slice of fried gold?'

'Edgar Wright, Simon Pegg, Nick Frost, and more offer unique insights into the making of their 2004 zombie comedy classic, Shaun of the Dead. The 424-page book traces the film’s story, from late-night pub conversations about surviving the zombie apocalypse to an unexpected hit at Comic-Con 2004.' — Rolling Stone