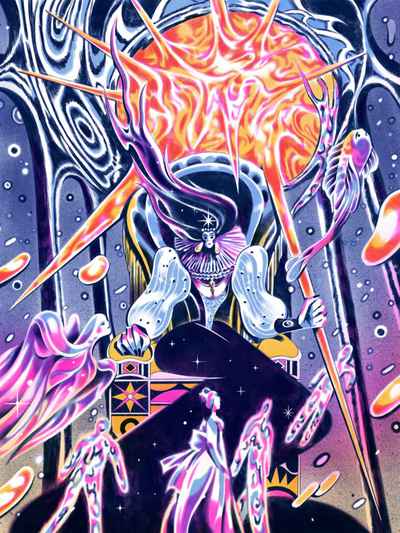 The Blazing World is one of the most fascinating, unusual and astonishing pieces of literature in the English language. Written in 1666 by Margaret Cavendish, the Duchess of Newcastle, the story follows a young woman who is transported to a world of animal-people, becomes their empress, and eventually leads an invasion back into her own world, complete with bird-man bombardiers and submarine ships.

The tale involves spirit possession, astral projection, the many-worlds theory, and an interdimensional otherworldly queer romance that is centuries ahead of its time. Featuring numerous full-page and spot illustrations, and housed in an elaborately die-cut and embossed slipcase, this is an heirloom edition designed to be a work of art in its own right. With an introduction by Brooke Bolander.