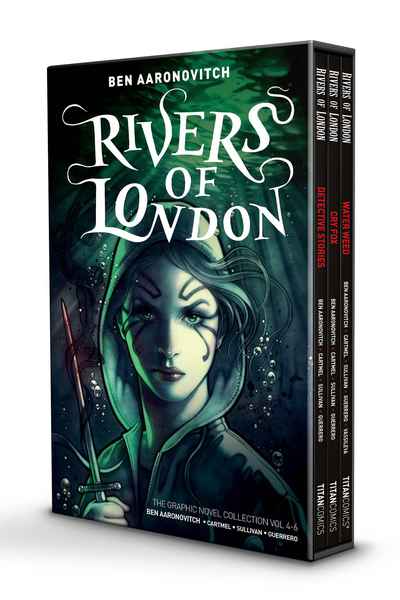 Cry Fox: Vengeful Russian mobsters are looking to hire members of London’s own more-then-natural underworld to bring bloody retribution down on the witch Varvara. However, the ex-Soviet sorcerer is under the protective wing of London’s own wizarding cop, Peter Grant (now a proper detective and everything), and to get the attention of Grant and his colleagues, the daughter of a prominent Russian oligarch is kidnapped by parties unknown but possibly fox-like.

Water Weed: Spring Breakers meets Lock, Stock and Two Smoking Barrels on the banks of the Thames in this new graphic novel from Ben Aaronovitch! When two of the less well-behaved River goddesses, Chelsea and Olympia, decide to earn a few quid on the side, Peter and Bev find themselves drawn into a sordid cannabis-smuggling operation, controlled by London’s new queen pin of crime - the brutal and beautiful Hoodette!