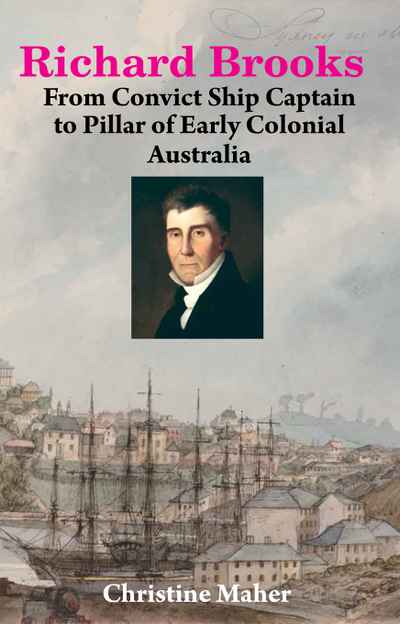 Richard Brooks was a man of self interest and entrepreneurial verve . Privateer, smuggler, convict sea captain, rum trader turned respectable magistrate and colonial squire. His life was a microcosm of early colonial Australia.

He was a shipowner, merchant ship captain and financier. He kept the colony supplied with spirits thus greasing the wheels of commerce. He imported cattle from South Africa and India. As the largest cattle owner in the country he was at the frontier of exploration and Aboriginal dispossession.

He survived numerous scandals, including accusations of inhumanity, fraud, smuggling, receiving, cattle theft, assault, claim-jumping and infidelity. But his strength of personality and 'habit of command' meant people warmed to him. Governors Bligh and Macquarie sought his advice.

His story provides a glimpse into the social, political and domestic life of that famed group of landowning settlers of the first twenty years of the colony – large convict estates, regency mansions, dynastic marriages and extensive pastoral and squatting empires.

Meticulously researched it gives the reader a real feel for the life of early colonial Sydney.