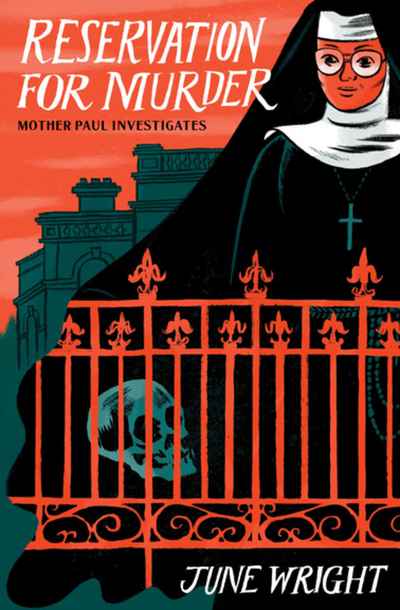 June Wright had already published three popular mysteries by the time she created her most memorable detective, the Reverend Mother Mary St Paul of the Cross. The kindly Mother Paul may seem vague and otherwordly, but little escapes her attention — she has a shrewd grasp of everything that's going on beneath the surface.

In Reservation for Murder, the first of three Mother Paul novels (originally published in 1958), she is in charge of a residential hostel for young women who work in offices and shops in Melbourne. A tense atmosphere pervades the house — many of the residents have received unpleasant anonymous letters, and there is much speculation as to their author. When Mary Allen finds a stranger stabbed in the garden, who dies after uttering a mysterious name, and a few days later one of the residents is found drowned, an apparent suicide, the tension reaches fever pitch. Is there a connection between these two deaths? Or between them and the letters? The police investigation, abetted by the resourceful Mary Allen, proceeds in fits and starts, but meanwhile Mother Paul pursues her own enquiries.