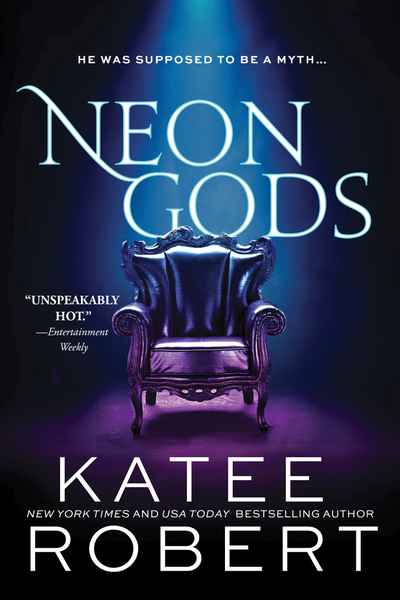 Society darling Persephone Dimitriou wants nothing to do with her mother's ambitions. She has plans to leave the ultra-modern city of Olympus and start her life far away from the backstabbing and politics. But that all goes down the drain when her mother ambushes her with an engagement to Zeus, the dangerous power behind their glittering city's dark facade.

With no options left, Persephone flees Olympus and makes a devil's bargain with a man she once believed was a myth...a man who awakens her heart and her body to a world she never knew existed.

'With this deliciously inventive retelling of Greek mythology, the Dark Olympus series launch, Robert (the Bloodline Vampires series) thrusts familiar figures into the present to intoxicating effect. There’s nothing explicitly supernatural here; instead, the gods’ powers are political. When socialite Persephone Dimitriou’s mother, Demeter, tries to force her into a strategic marriage to the much-older, alleged wife killer Zeus, Persephone flees the upper city of Olympus across the River Styx — and straight into the arms of Hades, the infamous ruler of the lower city. Strong, brooding Hades has shouldered the crushing responsibility of protecting the lower city ever since Zeus killed his parents, and very nearly him, when he was a boy. In Persephone he sees an opportunity for revenge — and in Hades, Persephone sees the chance to have an affair so wild and public that Zeus will no longer want her. After agreeing to spend the winter together, Hades introduces Persephone to kink she’s only dreamed of. But as their irresistible erotic connection deepens to love, Zeus will stop at nothing to reclaim his intended wife. Robert brings every element of a must-read dark romance to the table: high stakes, taut pacing, enticing characters, and sizzling chemistry. This red-hot romance is a winner.' — Publisher's Weekly, starred review