The King Who Had To Go: Edward VIII, Mrs Simpson and the Hidden Politics of the Abdication Crisis
Adrian Phillips 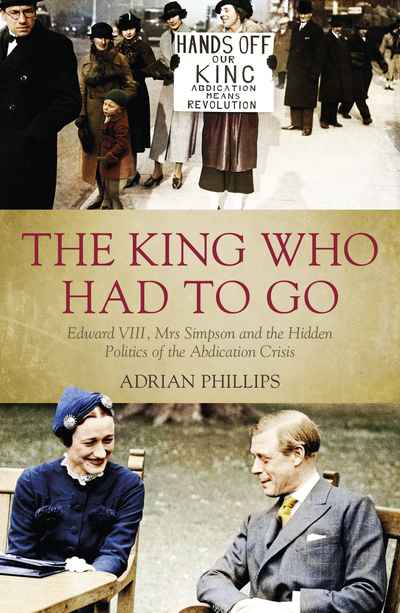 How does the machinery of government respond when a King steps out of line?

The relationship between Edward VIII and Wallis Simpson created a constitutional crisis that has fascinated the public for decades. Unwilling to accept the idea of the twice-married American as future Queen of England, the government was determined to pressure the King into giving up Mrs Simpson and, when that failed, into giving up his crown. The King's phone lines were tapped by his own government, dubious police reports poisoned Mrs Simpson's reputation, and threats to sabotage her divorce were deployed to edge the King towards abdication.

The hopeless attempts of the King's allies, particularly Winston Churchill, to keep him on the throne were dismissed as sinister conspiracy, whilst the King wrecked his own chances with wildly unrealistic goals and ill-thought-out schemes that served only to frame him as erratic and unreliable as a monarch. As each side was overwhelmed by desperation and distrust, Prime Minister Stanley Baldwin fought to steer events to a smooth conclusion.

In this fascinating behind-the-scenes account of the royal abdication crisis of 1936, Adrian Phillips reveals the previously untold story of the hidden political machinations and insidious battles in Westminster and Whitehall that settled the fate of the King and Mrs Simpson