How to Make a French Family: A Memoir of Love, Food, and Faux Pas
Samantha Vérant 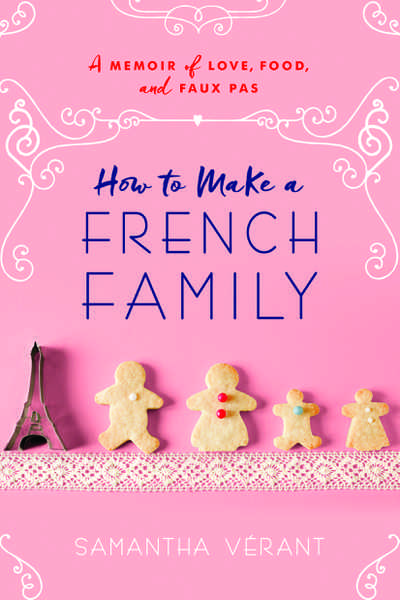 The heartwarming, hilarious story of the culture clashes and faux pas that add up to one happy French family.

When Samantha is given a second chance at love at the age of forty, she moves to southwestern France, thinking she's prepared for her new role in life as an instant American wife and step mum. It turns out, though, that making a French family takes more than just good intentions and a quick lesson in croissant-baking. Even while suffering from culture shock and struggling to communicate with and parent her ten-year-old stepson and thirteen-year-old stepdaughter in a culture drastically different from her own, Samantha is determined to adapt to her adopted homeland—because when love and a new life is on the line, giving up isn't an option.

SAMANTHA VÉRANT is a travel addict, a self-professed oenophile, and a determined, if occasionally unconventional, French chef. She lives in southwestern France, where she's married to a sexy French rocket scientist she met in 1989. She is the author of Seven Letters from Paris.