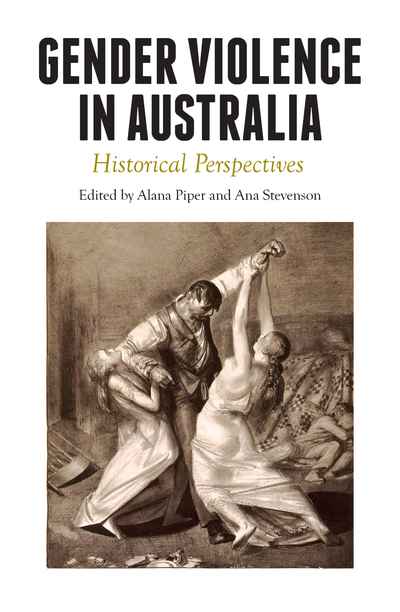 In 2015, the Australian federal government proclaimed that violence against women had become a national crisis. Despite widespread social and economic advances in the status of women since the 1970s, including growing awareness and action around gender violence, its prevalence remains alarming. A third of all women in Australia have been assaulted physically; a fifth of all women have been assaulted sexually. Intimate partner violence is significantly more prevalent in Australia than western Europe or North America. One woman each week is murdered by an intimate partner, and recent research suggests that nearly forty per cent of all women who suicide have a history of domestic or family violence. Domestic violence is a precipitating factor in a third of all homelessness. The resulting strain on government services and lost productivity means that family violence has been estimated as costing the Australian economy around $13.6 billion a year.

The histories presented in this collection indicate exactly where these violent behaviours come from and how they have been rationalised over time, offering an important resource for addressing what amounts to a widespread, persistent, and urgent social problem.