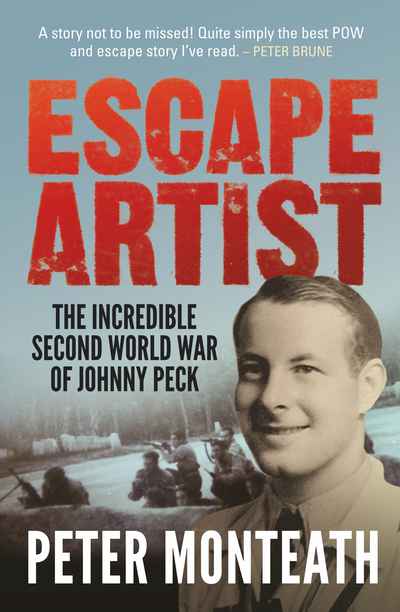 In August 1941, an eighteen-year-old Australian soldier made his first prison break – an audacious night-time escape from a German prisoner-of-war camp in Crete. Astoundingly, this was only the first of many escapes.

An infantryman in the 2/7 Battalion, Johnny Peck was first thrown into battle against Italian forces in the Western Desert. Campaigns against Hitler's Wehrmacht and Luftwaffe in Greece and Crete followed. When Crete fell to the Germans at the end of May 1941, Peck was trapped on the island with hundreds of other men. On the run, they depended on their wits, the kindness of strangers, and sheer good luck.

When Peck's luck ran out, he was taken captive by the Germans, then the Italians. Later, after his release from a Piedmontese jail following the Italian Armistice of 1943, and at immense risk to his own life, Peck devoted himself to helping POWs cross the Alps to safety. Captured once more, Peck was sentenced to death and detained in Milan's notorious, Gestapo-run San Vittore prison – until escaping again, this time into Switzerland.

Historian Peter Monteath reveals the action-packed tale of one young Australian soldier and his remarkable war.