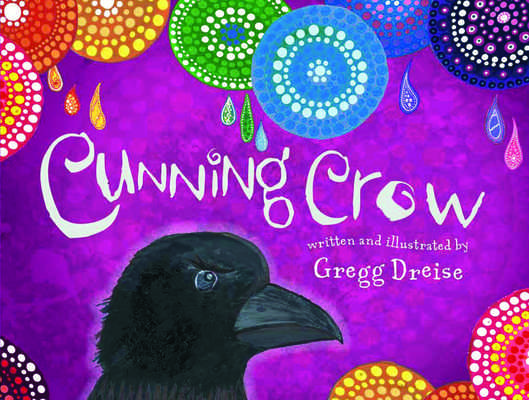 Remember — beauty comes from within...

Way back, before once-upon-a-time, there was the Dreamtime when all the birds were white. One of those white birds was a crow called Waan.

One day a big storm came through and a magnificent rainbow appeared. When the birds passed through the rainbow, one by one, their feathers took on its beautiful colours.

Waan flew through the rainbow too and his feathers became a beautiful red and orange. But Waan was jealous of the other birds. He wanted to be more beautifully coloured than anyone. So Waan hatched a cunning plan.

But things did not go the way Waan wanted…