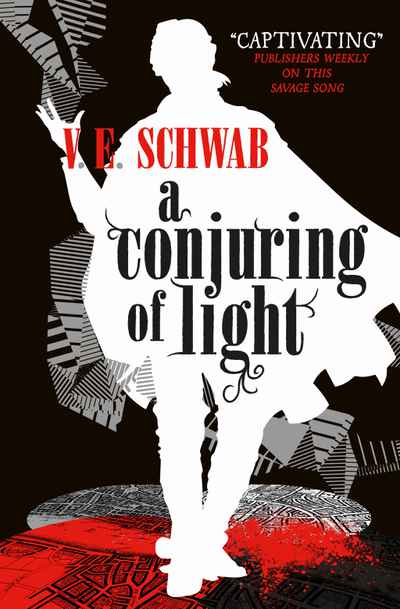 The battle between four magical Londons comes to a head in this stunning finale to the New York Times bestselling Shades of Magic trilogy by rising star V. E. Schwab

Londons fall and kingdoms rise while darkness sweeps the Maresh Empire — and the fraught balance of magic blossoms into dangerous territory while heroes and foes struggle alike. The direct sequel to A Gathering of Shadows, and the final book in the Shades of Magic epic fantasy series, A Conjuring of Light sees Schwab reach a thrilling culmination concerning the fate of beloved protagonists — and old enemies.

'Addictive and immersive, A Gathering of Shadows cements this series as a must-read. Rich details illuminate every dimension of an extravagant city flooded with magic, and intriguing personalities evolve into complex characters...Schwab already has us anticipating the rest of the series.' — Entertainment Weekly