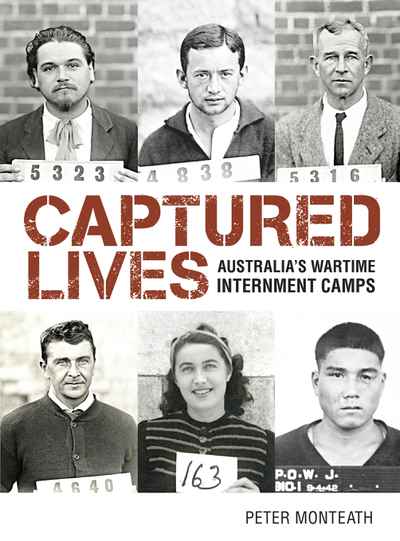 Captured Lives peers behind the barbed wire veil that was drawn around people—both civilian internees and prisoners of war—deemed threats to Australia's security during the two world wars.

Civilians from enemy nations, even if born in Australia, were subjects of suspicion and locked away in internment camps. Many had been long-term residents of Australia, naturalised and married, and raising families. They had contributed economically and had often brought new skills and know-how to the nation. To hold fond memories and have cultural ties to their country of origin did not override their loyalty to their adopted country. For them, being interned was bewildering.

Captured Lives is richly illustrated and includes sketches and watercolours made by internees that serve as firsthand references of the conditions and life in the camps. There were photographers, too, who were allowed to keep their cameras and who documented various camps from an insider's perspective.